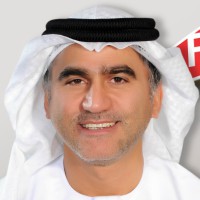 Mr. AbdulMohsin Ibrahim Younes has 25 years of senior and leading positions in the public sector. He is currently leading The Rail Agency in the role of Chief Executive for the Roads and Transport Authority (RTA) in Dubai. Previously he was the Chief Executive Officer of the Strategy and Corporate Governance Sector (SCG) for the same authority. Being fully committed to RTA’s vision, “Safe and smooth transport for all”, and being in a leading role at RTA allowed him to define and direct RTA’s strategic direction towards a totally-integrated transportation solution in support of Dubai’s long-term Strategic Development Plan.

At The Rail Agency he is currently overseeing a number of important and prestigious projects most prominent of which is the 10.6 Billion UAE Dirham Route 2020 project. Previously, he played a significant role in the launch of Dubai Metro and Dubai Tram. Notably, he managed the initiatives, and their execution, for achieving substantial financial returns on RTA’s investments through Dubai Metro Stations Naming Rights initiative and Public Private Partnership initiative.  He also managed the Integration of Dubai Tram with the surrounding area and with other modes of transport.