Hugo Knobbout | Head of IT
Eurail 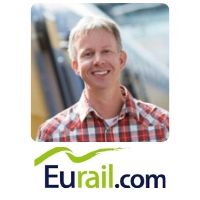 Hugo Knobbout is Head of IT at Eurail. He has been working for several companies as an IT leader. At Eurail he is part of the leadership team and is responsible for the complete IT architecture, plays a vital role in Eurail’s strategy and the way of working between IT and business within the company.

Eurail manages and sells the Eurail and Interrail train passes and is owned by over 35 European railway and ferry companies. Passes are sold directly via the web shops Eurail.com and Interrail.eu and indirectly via a global network of distributors. Eurail is based in Utrecht, the Netherlands and has more than 110 employees.