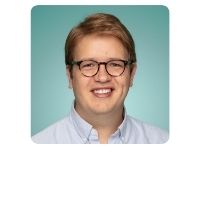 Andrew Salzberg is an urban planner passionate about building the sustainable transportation systems of the future. Before the Loeb fellowship, he created and held a unique global role at Uber, focused on making the rideshare application a positive part of the future of urban transportation.

Before that, Salzberg was Uber’s senior operations manager in New York City. Prior to joining Uber, Salzberg worked at the World Bank on a team that developed a multi-billion dollar lending program for China’s transport and urban development. While there he was admitted to the World Bank’s highly selective Young Professionals program.

Salzberg holds a Bachelor of Civil Engineering from McGill University and a Master’s in Urban Planning from Harvard GSD. As a graduate student, Salzberg worked at Transport for London through the Massachusetts Institute of Technology’s Transit Lab.