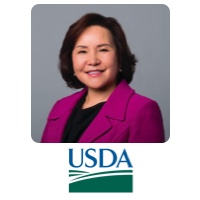 Dr. Lillehoj received her B.S. degree in Biology from the University of Hartford, M.S. degree in Microbiology from the University of Connecticut, and Ph.D. in Immunology from Wayne State University, School of Medicine. She was a NIH post-doctoral fellow in the Department of Immunology and Microbiology, Wayne State University to conduct research on cancer immunology and immunogenetics of autoimmune diseases. From 1981 to 1984, she was a staff fellow in the Laboratory of Immunology, NIAID, NIH where she studied T-cell immunity. Since 1984, Dr. Lillehoj worked at the Beltsville Agricultural Research Center. She was promoted to the Supergrade (ST) in 2004. Her research career has focused on mucosal immunity, vaccines, immunogenetics and antibiotic alternatives.

Dr. Lillehoj developed the first set of commercialized mouse monoclonal antibodies detecting chicken lymphocytes, constructed the first chicken intestinal cDNA microarray which has been of seminal importance in national and international poultry genomics research and developed and commercialized many novel antibiotic alternative strategies. Her research has resulted in more than 470 original papers, 33 book chapters, and 17 national and international patents. She has been awarded more than $ 40 million in research funding, including 8 CSREES NRI, BARD, IFASA, and Food Safety Initiative grants, and 52 formal collaborations (CRADAs) with private industry. In addition, she has served on numerous editorial boards, national grant panels, award and technical committees, and chaired multiple sessions at national and international meetings. Dr. Lillehoj holds guided the research of 160 junior scientists from 14 different countries.