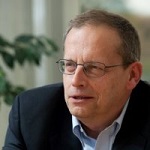 Michel De Wilde has a long career in Vaccine Research and Development. He currently consults for the Vaccine Communiuty.

While at sanofi pasteur, Michel drove the development and licensure by the FDA and other Regulatory bodies of a number of products. Sanofi Dengue vaccine was developed under his supervision.
Michel was also instrumental in driving  the acquisition of and  defining the integration model for two biotech companies: Acambis  and VaxDesign.

Prior to joining sanofi pasteur, De Wilde was at SmithKline Beecham Biologicals (now GSK Vaccines) where he held positions of increasing responsibility to become Vice President, Research & Development.  De Wilde has played a key role as a research scientist in the development of several new vaccines, most notably the recombinant Hepatitis B vaccine, as well as GSK’s Malaria vaccine candidate.


Michel  D e Wilde  received is Ph.D. in Biochemistry in 1976, from the Free University of Brussels