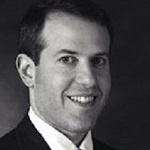 Alex has been with Thomas, McNerney & Partners since its first fund was raised in 2002.  He currently serves on the board of directors for Clarus Therapeutics and Keystone Dental and is a board observer for PCI Pharma Services.  Previous board seats included Auspex Pharmaceuticals (sold to Teva), InnoPharma (sold to Pfizer), Quinnova (sold to Amneal), Celator, Zogenix, Tranzyme (merged with Ocera) and an observer role at Coley Pharmaceutical (sold to Pfizer).

Alex is a member of the Industry Advisory Board of the Children’s Tumor Foundation, and a board member of Advanced Medical Research Institute of Canada Development Corporation (AMRIC-DC), which is focused on economic development in northern Ontario.  He is also an advisor for the Partnership Fund of NYC, which manages a bioaccelarator to advance local healthcare research and is on the Life Sciences Council for Springboard Enterprises, a group that assists female entrepreneurs.  He is also a board member for the Greenwich Council of the Boy Scouts of America.

Prior to Thomas, McNerney, Alex spent 11 years in the research department at Hambrecht & Quist (and its successor firms Chase H&Q and JPMorgan).  During his tenure at H&Q, Alex led research teams covering the biotechnology, specialty pharmaceuticals, large-cap pharmaceuticals, drug delivery and diagnostics industries.  After the merger of Chase H&Q and JPMorgan, Alex also became the firm’s healthcare strategist. He was named twice in The Wall Street Journal All-Star Analysts Survey, including his last year at JPMorgan in which he placed in all three categories: stock picking (#1 in pharmaceuticals), earnings estimate accuracy (tied for #2), and ‘home run’ hitting (#8 across all industries).