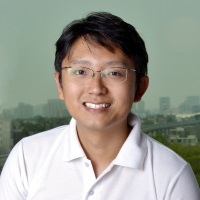 James is co-founder and CEO of ION Mobility. As an operator, James was CEO of Abakus Asia Pacific from 2016 to 2019. He joined Abakus Group as Partner (Southeast Asia) in Dec 2016 to spearhead the Group’s internationalisation, investing into and founding the TunaiKita (fintech institution-to-peer lending platform) business in Indonesia. In 3 years, he scaled the region from 0 to over 500 people across Singapore (regional headquarters, product, data science & artificial intelligence, machine learning), Beijing (program, engineering), Jakarta (in-country ops, collection) and Ho Chi Minh (market entry team) while acquiring and serving 3+ million new-to-credit individuals in Indonesia.   Since 2006, James has been a part of, led and/or founded organisations such as Silicon Straits, GreyOrange, Neoteny Labs, Walden International, Infocomm Investments (n.k.a. SG Innovate) and Infocomm Development Authority of Singapore (n.k.a. Infocomm Media Development Authority of Singapore). He has a broad range of experiences in both public and private sectors, including but not limited to economic and industry policy formulation and implementation, product, strategy, business development, finance and operations in the fields of technology, media and telecommunications. James has taken businesses from zero to one and beyond, with annual revenues in excess of US$40 million.   As an investor, James has led and executed over 45 Seed and Series A investments in early and growth-stage technology companies since 2007 and continues to oversee over US$30 million in realised and unrealised assets in Neoteny Labs and Silicon Straits, across Southeast Asia and North America. He orchestrated and executed the multi-million acquisition of subsidiary Silicon Straits’ Vietnam engineering team by Grab in Q1-2017.   James was awarded the EDB Singapore Inc. overseas scholarship by the Singapore Government in 2000, and after completing his military service in an Armoured Battalion, graduated from Carnegie Mellon in 2005 with Double Major in Electrical & Computer Engineering and Engineering & Public Policy, and from Stanford in 2006 with Masters in Management Science and Engineering.   In his spare time, James enjoys computer games, photography, food and fatherhood, and volunteers at The Birthday Collective, a not-for-profit “brain-heart-hand trust” of Singapore.

Andrey Berdichevskiy leads the global Future of Mobility Solution Centre for Deloitte in Singapore. He is a strategic and growth-oriented business enthusiast with leadership experience particularly focusing on transformations of mobility of people & goods and new business models in the... 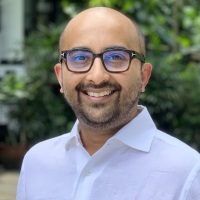 Kaushik Burman is an experienced business leader with a broad depth of experience across leadership roles in Europe, North America and Asia. His sector experience ranges from transport, energy and fintech verticals – with focus on leading P&L, driving innovation and managing disruption. He is... 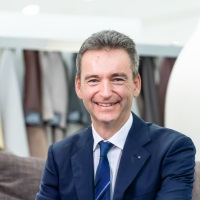 As the Managing Director of BMW Group Asia, Mr. Wehner is responsible for 13 markets across Southeast Asia, South Asia and the Pan Pacific Islands. Mr. Wehner has been working with the BMW Group since 2000 where he began his career as General Manager, Product, Price and Brand Strategy for MINI. He...

James is co-founder and CEO of ION Mobility. As an operator, James was CEO of Abakus Asia Pacific from 2016 to 2019. He joined Abakus Group as Partner (Southeast Asia) in Dec 2016 to spearhead the Group’s internationalisation, investing into and founding the TunaiKita (fintech institution-to-peer...