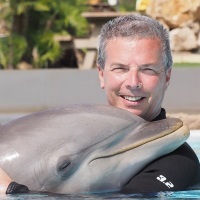 Lorenzo Crosta graduated in 1989 in Veterinary Medicine at the University of Milan (Italy), and received his PhD in Veterinary Clinical Sciences, from the University of Turin in 2009. After graduating Lorenzo started immediately to work with birds and traveled abroad to increase his skills and knowledge in avian medicine, and was the first Italian member of the Association of Avian Veterinarians.After working as a private practitioner for 10 year, at the beginning of 2000 he took the position of Veterinary Director at the Loro Parque, in Tenerife (Spain), the most diverse Parrot collection of the World, where he worked until mid-2005. In 2005 he headed back to Italy, where he worked as an avian practitioner and as a consulting veterinarian for various zoos and bird collections, in Italy, Spain, Portugal, Brazil and Mexico. Since 2013 he is Accredited by the FNOVI (Italian Federation of Veterinary Colleges), in Avian and Zoological Medicine and Surgery and Zoo Health Management. In 2015, he successfully sat the exam for the ESVPS General Practitioner Certification in Exotic Animal Practice and since 2010 he is lecturer at the University of Milan, on selected topics on Management and Welfare of Birds.

In 2016 he was recognized “de facto” as a Diplomate of the European College of Zoological Medicine, and therefore is a European Specialist in Zoological Medicine (Zoo Health Management subspecialty). Lorenzo has been a panel member of the EFSA (European Food Safety Authority), and has been twice Chairman of the European Committee of the Association of Avian Veterinarian and the President of the Italian Society of Exotic Animal Veterinarians (SIVAE) and is still cooperating with national and international journals and has published several papers and book chapters. Lorenzo’s main interests are related to bird conservation (he has been the official veterinarian of the Spix’s and Lear’s Macaws recovery programs), bird breeding and diseases related to avian fertility. From March 2018, he is Associated Professor of Avian and Zoological medicine at the University of Sydney and Director of the Avian, Reptile and Exotic Pet Hospital in Camden.