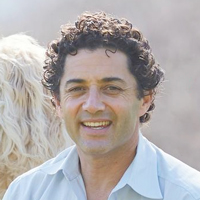 Geoff graduated from Veterinary School  at the University of Sydney in 1998 with first class honours. He did his customary mixed animal practice, UK experience, worked for AUSAID in Thailand and then settled back into his hometown of Sydney Australia. He has gained his memberships to ANZCVS in small animal surgery and has worked in Sydney in a specialist environment as well as general practice and now owns two small animal practices in inner Sydney and employs a team of over 40 people. He is a member of the AVA scientific committee as well as volunteers as a surf lifesaver and sailing coach, and any extra time is spent with his wife and three kids.