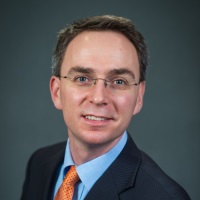 Currently A/Professor and head of the Camden Equine Centre at the Sydney School of Veterinary Science Denis Verwilghen started as an equine vet in private practice after graduation from Ghent University in 2003. With the desire to improve his skills, Denis went back to academia to become resident in equine surgery at the University of Liege. In 2010 he became ECVS diplomate and obtained his PhD on developmental orthopaedic diseases in 2011. After spending some time at Uppsala University, Denis took up a position of A/Professor at Copenhagen. In 2017 Denis ran his own private consultancy business Equine Specialists offering peripatetic surgical services. In 2018 Denis and his wife Gaby (an equine ECEIM and ECVECC dipl) moved down under for a full Aussie immersion experience with daily Barbies, wallaby encounters and koala hugging. Denis has a special interest in head disorders, dentistry and biosecurity in veterinary surgery.