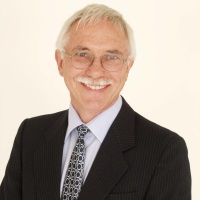 Dr Cam Day is a Veterinarian consulting full-time in pet behaviour in South-East Queensland, Australia. He gained membership with the Veterinary Behaviour Chapter of the Australian and New Zealand College of Veterinary Surgeons in 1995. He is also a media presenter. On a daily basis, Dr Cam consults with dog and cat owners about the mood aberrations of their pets. He helps to solve problems such as anxiety and panic disorders, compulsive behaviours and many other pet behavioural aberrations which create worrisome moods such as aggression, excessive vocalising, separation anxiety and noise panic disorders, house-soiling behaviours and self-harming behaviours.

Dr Cam is committed to animal welfare. He was the inaugural Chair of the Queensland State Government Animal Welfare Advisory Committee, a role he maintained from 2004 until October 2013. He is a past Adjunct Associate Profession with the University of Queensland Veterinary School. He conducted veterinary talk-back radio on ABC Radio and Radio 4BC continuously from 1984 to 2015 and has presented on television many times. Dr Cam maintains an online pet behaviour advice service via the Pethealth Project which provides DIY information on pet behavioural issues.