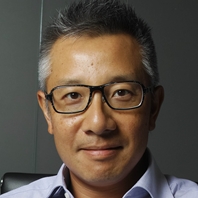 YTL Communications envisions using mobile internet to help leapfrog Malaysia into an innovation-led economy. In November 2010,
the company commercially launched ‘Yes’, a 4G mobile Internet service with a nationwide footprint to help the country close the digital
divide. Globally recognized by the likes of IDC and Wall Street Journal; the “Yes” network was awarded the World’s Best New Service at the
renowned Broadband World Forum in 2011 and Frost and Sullivan recognised the company as Asia Pacific’s Most Innovation Service Provider in 2012.

As the CEO of the company, Wing maximizes his expertise in innovation and deep understanding of Internet technologies to deliver affordable, world-class services that improve the way people in Malaysia live, learn, work and play.

Prior to joining YTL Communications, Wing held a distinguished career in the United States, having served as Chief Architect in the Long Distance business of Sprint, led Enterprise Architecture to launch the first nationwide wireless data network in America (Sprint PCS), and subsequently headed up Sprint’s corporate innovation program. Wing has twenty-two U.S. Patents and was recognized as the Asian American Engineer of the Year in 2002 during the U.S. National Engineers Week.

A graduate of the University of Texas at Austin, Wing has also completed the Executive Program at MIT’s Sloan School of Management.