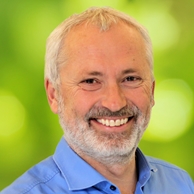 Rene Savelsberg is co-founder, CEO and Managing Director of SET Ventures since 2007.

He is responsible for the strategy and overall operations of the SET Funds. His focus is on companies in the areas of smart grid, energy efficiency, transportation and infrastructure. He currently serves on the Board of MicroShade and Sonnenbatterie and is observer on the Board of General Fusion. He also served on the Board of Epyon (which was acquired by ABB in June 2011) and he was Observer at AlertMe (acquired by Britsh Gas in 2015).

Back in 1995 Rene was instrumental in establishing and expanding the Philips Multimedia Center in California, with the focus on incubating new business initiatives from within Philips and cementing relationships between Philips Divisions and (emerging) technology leaders in Silicon Valley, USA.

Between 1997 and 2004 Rene led the Philips Corporate Venturing activities, initially in Silicon Valley and later expanding into Europe and Israel, managing investments in over 40 companies. After Philips decided to depart from its corporate VC involvement Rene successfully divested the venture portfolio by the end of 2004. In the meantime, he joined Philips’ Corporate M&A department where he was also responsible for semiconductor-related transactions and was instrumental in the €6.4 billion divestment of the Philips Semiconductor Division, called NXP.

In September 2006 Rene joined the Philips Consumer Electronics in the capacity of Vice President, New Business Development, focusing on new value spaces for this division of Philips Electronics N.V.

Prior to (re)joining Philips Rene worked during 5 years in the San Francisco office of the Netherlands Foreign Investment Agency, the economic development agency of the Dutch Ministry of Economic Affairs.