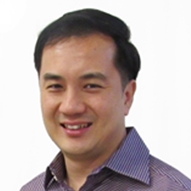 Loh Mun Yew is a passionate Entreprenuer and an inspiring Virtual Reality & Augmented Reality Strategist who is based in Singapore. His passion for technology began early on and it has stayed with him ever since. In addition to all things tech, he has an avid interest in Artificial Intelligence (AI) and Deep Learning.

Throughout the span of over a decade and spending 8 years in Infocomm Media Development Authority of Singapore (IMDA, formerly known as IDA Singapore), Mun Yew has acquired extensive expertise in informational technology (IT) and enterprise mobility. To date, he is one of the most prominent mobile tech professionals in Singapore.

Currently, Mun Yew is working at a virtual reality (VR) & augmented reality (AR) start-up and founded ReVR, which is the very first AR/VR Online Training Academy in Singapore. Also known as “the Coursera for AR/VR learning and training,” he aims to utilize this venture in order to transform the training market with virtual and augmented reality.