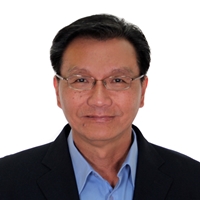 In 1996, Chevron Oronite began planning for the construction of a green field world scale lubricating oil additives manufacturing plant in Singapore. Koon Eng was assigned the responsibility of General Manager, Asia Pacific Supply Chain. In this capacity, he set up the Supply Chain organization, implemented systems and processes in support of the manufacturing plant.

In 2001, he was named the General Manager, Asia Pacific Sales, responsible for the sale of lubricating oil and fuels activities in Asia Pacific. His sales territory covered from India to Philippines and China to Australia.

He was appointed to his current position on June, 2016.