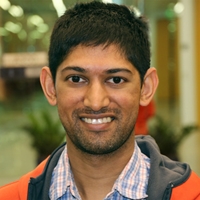 Karthik is a Project Executive at A³. Most recently he was Co-founder and CTO of Coin (acq. by Fitbit), a VC-backed digital payments and consumer electronics startup. He has also worked with NASA Ames and Goddard, and The Aerospace Corporation, on projects ranging from planet-exploring robots to launch vehicles. Karthik holds a Ph.D. and M.S. in Aeronautics and Astronautics from Stanford University where he designed and build advanced spacecraft technologies for the detection of gravitational waves in space, and a B.S. in Aerospace Engineering from UC San Diego.