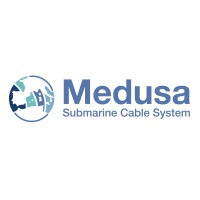 The submarine fiber optic infrastructure, operated on an open access basis, is expected to be operational between the end of 2024 and the beginning of 2025. It will feature up to 24 fiber pairs with a capacity of 20 Tbit/s per fiber pair. It will have a total length of 8,700 km and include 16 landing points.

Medusa is owned by AFR-IX telecom, infrastructure and telecom operator which owns the Barcelona Cable Landing Station – a neutral digital port and Data Center - which starts operations in October 2022 and aims at providing open access cable landing service to subsea cable operators for a neutral, safe and secure landing in Barcelona.