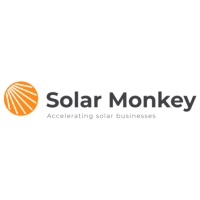 Solar Monkey was founded in 2015 in the Hague, the Netherlands by CEO Jan Pieter Versluijs, CTO Tino de Bruijn and former CFO Mels van Hoolwerff. The company was founded on the belief and insight that smart software can accelerate the solar energy market at a rapid pace. With their software, an accurate installation plan for solar panels can be made within a minute by installers and sales parties. After that, the quote is also made quickly including all relevant calculations. This allows installers and sales parties to work more efficiently, faster and the customer has a clear picture of their solar panel system which increases sales. Every year, more than 250,000 solar panel systems are made possible with their software in the Netherlands. Even after installation, service can be provided to the customer with the help of Solar Monkey’s monitoring function which relieves the burden of installers. Since the start in 2015, Solar Monkey has expanded to Belgium and Spain. Furthermore, it has recently started experimenting in other European countries such as the United Kingdom, Germany and France. Solar Monkey's goal is to speed up the energy transition in Europe so every household is eventually powered by renewable energy. Under the slogan 'Accelerate your solar business' Solar Monkey has been assisting installers of solar panels to speed up and ensure that their entire business process runs smoothly.

TO EXHIBIT OR SPONSOR