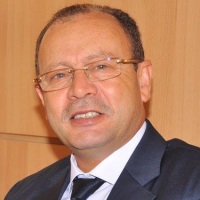 Mr. Ben Amor holds a Master diploma in International Project Management from the "Conservatoire National d’Arts et des Métiers", CNAM - Paris (France), and a Diploma of Engineer from the Naval Academy, AN (Tunisia).

Mr. BEN AMOR has over 25 years of experience, specializing in the use and evolution of information and communication technologies for development, as well as in analytical, policy, management and coordination functions at national, regional and International level.