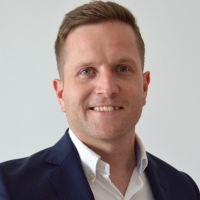 David Quaife runs Practicology’s Middle East division based in Dubai. He has considerable expertise in creating seamless customer journeys across online and offline touchpoints for consumers in the Middle East region, having worked for two of its major retail players.
He joined Practicology in October 2018 from Landmark Group, where he was Head of Omnichannel at Home Centre; with responsibility for the retailer’s entire digital strategy including ecommerce, digital marketing and in-store digital. The site has won multiple awards in his time there, including Website Launch of the Year at the 2016 Seamless Awards, and Most Admired Online Retailer at the 2017 RetailME Awards.
Prior to this he was Head of Ecommerce for Alshaya’s Mothercare business, with responsibility for its online presence in both the Middle East and Russia; including owning the P&L for both sites.
Earlier in his career, David Quaife spent a decade working in the UK for retailers such as Amazon and Dixons Carphone.