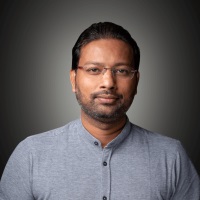 Co-founder and CEO at WebEngage, Avlesh Singh has had a remarkable journey – transforming from an IIT (Indian School of Mines), Dhanbad Graduate to one of the most influential SaaS entrepreneurs in India. He began his career as a Principal Engineer and Search Architect with burrp!, India’s first local food and restaurant recommendation engine. He built the technology backbone for Burrp! Local and Burrp! TV before assuming the position of Search Architect at Infomedia 18 Ltd. During his year-long stint at Infomedia 18, Avlesh played an instrumental role in building the backend tech for Askme.com, one of the first online classifieds portals of India.

In 2011, Avlesh Singh decided to venture into the software-as-a-service space and along with Ankit Utreja, the duo Co-Founded WebEngage. The Saas startup was featured by VCCircle in 2012 as one of the 20 ‘hottest technology startups’ in India. In 2014, it was featured by NASSCOM among the top 10 products as a part of Emerge. The same year, it was also recognized by Mashable as one of the Top 10 emerging startups from India!

With over ten years of rich startup experience in product, technology, business development, and marketing – Avlesh is passionate about creating a tool which spearheads retention marketing as a practice, worldwide.