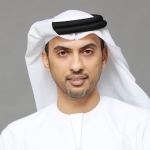 Digital:ID - Day 2: Keynote Session
"UAE Pass - National Digital Identity of the UAE"
H.E Wesam Lootah, CEO, Smart Dubai Government will discuss how having a Digital National Identity is key for the digitization and inter-connectivity of all city services. The UAE Pass  provides a single set of credentials to all UAE residents, giving them access to services from any and every government entity. Additionally, it also has digital signing capabilities, allowing users to sign any documentation through the app, with no paper needed at all. UAE Pass is a primary catalyst to achieving the goals of the Dubai Paperless Strategy 2021.

Wesam has more than 20 years of strategic leadership experience during which he has leveraged Information Technology to create innovative new channels and a world-class Smart Government infrastructure to improve the quality of public services for citizens, residents, visitors and businesses alike, in Dubai.

Since becoming CEO in 2014, in record time Wesam has managed to transform technology from being the backbone of Smart Dubai initiative to become a true enabler of digital transformation, with a focus on humanizing technology to influence life’s experiences. He pioneered Smart Dubai strategy and plans related to Artificial Intelligence (AI), and has the distinction of launching the first AI Lab in the Middle East and North Africa region, in addition to launching hundreds of initiatives and more than 1,000 smart services.

Whilst spearheading initiatives at Smart Dubai Government Establishment, Wesam has led several breakthroughs in the field of Smart Cities as an early adopter – one such technology being Blockchain. Under his stewardship, the Dubai Blockchain Strategy won several awards and recognitions at both regional and global level. The highlight among all these awards is the City Project Award – bestowed at the Smart Cities Expo & World Congress 2017, standing tall amongst against 308 other projects from 58 countries.

Prior to his current role, Wesam was the Vice President of Information Technology at World Trade Centre where he led the transformation of IT through a number of initiatives. In the past, he has also served as the Director of Information Technology at Emaar Properties, during which he led the global rollout of sales automation and ERP across Emaar’s subsidiaries in Pakistan, Egypt, Saudi Arabia and Canada. Before that, as the Head of Application Services from 2002 to 2007, Wesam led the implementation of unified business process and ERP across Dubai Government entities.

Wesam holds a master’s degree in Computer Science and Engineering from Pennsylvania State University and a bachelor’s degree from Ohio State University. Wesam is also an author with published research in the field of Computer Security and is a renowned speaker on smart cities and digital transformation at top events.