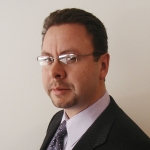 Ralph is a Research Scientist focused on Applied Identity Intelligence at Facebook. Previously he was the Co-Founder and CTO of Confirm.io, an ID authentication company, which Facebook acquired in March of 2018. He has had multiple exits over the last 25 years as he founded Blue Hill Research, Delfigo Security, Invenio and NTA and served as a public company CTO/CIO at Brooks Automation, C-bridge Internet Solutions and Excelon Corporation.
As the longest serving Fellow at Massachusetts Institute of Technology (MIT), Ralph pioneered research on artificial intelligence (AI), cloud, mobile, neural science, and security technologies at the MIT Media Lab and Harvard-MIT Health Sciences and Technology (HST) department. He holds a Sc.D. in information systems and is a graduate of the management program GPMD-MBA at IESE Business School, Barcelona, Spain. He is a US Army intelligence veteran of the Persian Gulf War in 1990, as well as a holder of 16 patents.