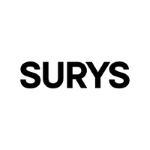 After obtaining an engineering degree from the Ecole Centrale de Marseille in 1991 and a doctorate in computer science from the University of Paris VI in 1996, Marc was a researcher for the Commissariat à l'Energie Atomique (CEA/ Atomic Energy Commission) where he participated and organized several European projects. He left in 2002 to found Advestigo, a company specializing in the recognition of audiovisual content on the Internet.  In 2006, he won first prize in the European competition for innovative companies for the Information Society. He designed and developed various software programs for the detection of illegal content for police forces, for right holders, and for the prevention of data leakage (DLP) in companies. In 2009, he sold his company to the Surys group (then H.I.), where he is now in charge of Digital Solutions.  Marc has also taught at the Ecole Polytechnique and the University of Paris-Dauphine for several years. He has about fifteen patents to his credit. He is a member of the IEEE, a member of the DDS Conference Committee and a senior member and administrator of the Cyberlex think-tank on the interactions between Law and New Technologies.