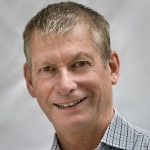 "ISO IEC 30137: Use of Biometrics with Video Surveillance Systems"
Geoff's presentation will cover the background to the ISO IEC 30137 standard and look at some of the key points covered in it – including use cases and scenarios, architecture, factors impacting on performance, selection and positioning of cameras, and selection and management of watchlist images.  He will end by looking at Annex B of the standard which describes some of the societal and cross jurisdictional factors which also need to be considered (ethics, privacy, bias, proportionality etc).

Biography:
Geoff started working in biometrics 2002 when he joined the Police IT Organisation to work on the procurement of IDENT1, the replacement for the existing national fingerprint identification system (NAFIS).  Later, as Head of Biometrics at the National Policing Improvement Agency he became increasingly involved in exploring the potential for law enforcement use of automated face recognition and was instrumental in establishing the NPCC Facial Identification Cross Business Area Working Group.

When the NPIA was closed down in 2012 he transferred to the Home Office Centre for Applied Science and Technology, providing advice to the HO on identity and biometrics related issues.  In April 2018 HO CAST merged with the MOD’s Defence Science and Technology Laboratories (Dstl) where he is now part of a new Identity, Digital and Forensics team within the Policing and Security Group.

A key part of his role is the development of standards and guidance relating to the use of biometric technologies and he is a member of the ISO SC37 biometrics subcommittee, the US Facial Identification Scientific Working Group (FISWG), Interpol’s Face Experts Working Group and is an affiliate member of the OSAC Facial Identification subcommittee.

He is the editor for a new ISO standard on the use of biometrics with video surveillance systems which will be published imminently, and which is the subject of his presentation at this conference.