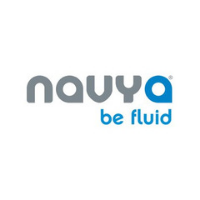 AVYA is a French leader in autonomous vehicles and new intelligent and shared mobility solutions.

With over 250 employees in France (Paris and Lyon) and the United States (Michigan), NAVYA designs, manufactures and markets a range of autonomous, driverless and electric vehicles that combine the highest level of robotic and digital technologies. and motor.

Since 2015, NAVYA has been the first company to market and service autonomous mobility solutions. NAVYA offers a range of two autonomous vehicles: the shuttle AUTONOM ® SHUTTLE, launched in September 2015, of which more than 100 were marketed in 20 countries on September 30, 2018, including the United States, France, Germany, Switzerland , Japan and Australia, and the AUTONOM ® CAB robot-taxi , presented in November 2017, whose first road tests will soon start.

Created in 2014 by Christophe Sapet and Robolution Capital (managed by 360 Capital Partners.), Its major shareholder, NAVYA also has Gravitance and Paris Region Venture Fund (Île-de-France Region) funds managed by Cap Decisif Management. , as well as the Valeo and Keolis groups.