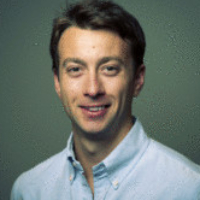 Xavier is the UK managing director for Turo, the world’s largest peer-to-peer car-sharing marketplace with over ten  million members. Xavier's responsibilities lie in launching and running the UK market as well as leading their international expansion. Xavier shot up the ranks in the gig economy, playing a pivotal role in the national growth of Deliveroo before joining Turo to lead its UK expansion.

As General Manager for the south of the UK and head of UK market launches for Deliveroo, Xavier launched and ran 40 markets. He built the business from a team of just two, doing less than 100 orders a day, to a team of 20 doing over 10k orders a day - in only two years. He also went on to run Deliveroo’s latest vertical - Deliveroo for Business, signing up major clients such as Facebook, Google and banks like Credit Suisse. Joining at series C, he helped play a significant role in Deliveroo turning into the £2 billion success story it is today

While still at university, Xavier also founded Nexus Notes, a marketplace for the buying and selling of course notes with his fellow students. The platform was voted in the top ed-tech start-ups in the Asia-pacific area and accepted into Australia's leading accelerator. To date, the business has paid out over $200k USD to students around the world. Xavier took the business part time in order to join Deliveroo in 2015.