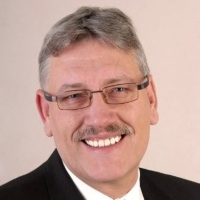 In 2001, he founded the company GIStec, a spin-off from the Fraunhofer-IGD. Dr. Jasnoch was the managing director of the company until 2006. Before, Dr. Uwe Jasnoch had been heading the Graphic Information Systems department of Fraunhofer Institute for Computer Graphics (Fraunhofer-IGD) from 1998 since 2003. Within this domain, he was author of numerous scientific articles, he organized several workshops and gave different industrial and scientific seminars and tutorials as well as numerous classes at different universities.

Between 1992 and 1998 he worked as a scientist at Fraunhofer Institute for Computer Graphics, Industrial Applications department and headed different national and international research and development projects. He is author of numerous articles and journals in his domain. In 1996, Dr. Jasnoch received a PhD (doctorate) from the Technical University of Darmstadt on the topic of Open Distributed CAD System Environments Supporting Concurrent Engineering.

From 1998 to 2006 he was managing director of the InGeoForum, a non-profit organization. Between 1998 and 2005 he served as reviewer for the European Commission and between 2003 and 2007 as a curator for the Fraunhofer Institute for Computer Graphics