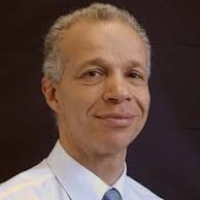 Oliver Carsten is Professor of Transport Safety at the Institute for Transport Studies, University of Leeds. His major research focus is on driver interaction and safety with new driver support systems. He led the UK national project on Intelligent Speed Assistance and has acted as chair of the Road User Behaviour Working Party of PACTS, the Parliamentary Advisory Council for Transport Safety. He has provided advice on safety policy to the UK Department for Transport and to the European Commission, especially on behalf of the European Transport Safety Council. He was a member of the European Commission’s GEAR 2030 High-Level Group on the future of the European automobile industry as well as a member of the C-ITS Platform. He is an attendee at the meetings of UNECE in the area of automation and a member of the Informal Group of Experts on Automated Driving (IGEAD) under UNECE WP.1. He is editor-in-chief of the academic journal Cognition, Technology and Work.