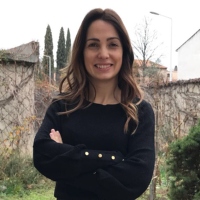 Mar Pallas Poy is based in Barcelona, and manages government relations, public affairs, and regional expansion in Europe for Scoot. She previously held increasingly senior roles in marketing, strategic relations, and general management for Hailo, and became the Director of Operations & Public Affairs (Spain) for mytaxi when that company merged Hailo. Ms. Pallas Poy holds Masters degrees from IESE Business School and Universitat Autonoma de Barcelona, and a Bachelors in Engineering from Universitat Politecnica de Catalunya.