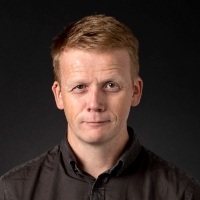 Ben studied Industrial Design at Loughborough University and went on to complete an MA in the subject at Central Saint Martin's. He joined JPA Design in 2002 and is now Managing Director of the group’s London Studio.

Responsible for the development of some of the industry’s most ground-breaking and influential aircraft seat and cabin designs, Ben is a named inventor of seven patents and a regular speaker on transport design at events.

His broad professional background spans branding, industrial design and design engineering. Prior to his return to JPA in 2013, Ben spent three years in the United States as Design Director with Zodiac Aerospace, one of the world’s leading aircraft interior manufacturers. During this time, he established a world-class industrial design facility in California which developed several the company’s most important products and innovative seating concepts.