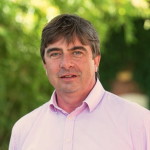 Philip Graham is the Digital Programme Director at Blackpool Teaching Hospitals NHS foundation Trust working with NHSE, NHSI and NHSX on national projects, including Digital Identity/Passports. Previously Philip has held senior posts throughout Digital Health, including CIO equivalent, for over 15 years and has also managed an operational Division of the Blackpool Teaching Hospitals NHS Foundation Trust as an Associate Director of Operations.
Philip’s current role involves the direction of a project to implement a Digital Staff Passport solution to aid with recruitment and system access using verifiable credentials. Philip is also leading on a programme of work to accelerate the implementation of a Digital version of the current children’s personal health record (the Redbook).
Philip and his team strive to make the patient journey through healthcare as seamless as possible with the motto “Using Information and Technology to support Better, Safer care for patients”
Philip is an Associate Vice Chair of Policy and Strategy; British Computer Society (Health and Care) and is a CIO Network Advisory Panel Member.
Philip graduated from Bristol University in 1989 with a First Class Honours Degree in Mathematics and initially pursued a career in finance as a chartered accountant but soon converted to NHS Informatics. Initially Philip was fast tracked through roles in technology and information management, gaining a further vocational qualification in Information Systems from Manchester Metropolitan University.
Outside of work Philip is a keen football fan and follows Burnley Football Club on their journey through the football league and is currently enjoying their time in the Premiership. Philip is married with two teenage children and can sometimes been seen on a local golf course.