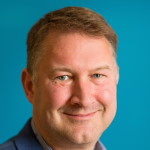 Nick is an Executive Director of the Open Identity Exchange, a member’s organisation whose goal is to make it easier for consumers, organisations and things to trust each other when interacting online.
Nick was previously Director of ID and Fraud solutions at Experian where he was responsible for the strategic development of Experian’s fraud and identity solutions for both the public and private sectors. Nick led Experian’s development, launch and operation of a full “Identity as a Service solution”, which included ID proofing to a defined Level of Assurance and strong credential management. Experian leverages this platform as an identity provider within the GOV.UK Verify scheme and also for its own customers; making this the first example of a Digital ID that is interoperable across public and private sector in the UK.
Nick has a depth of knowledge regarding Identity solutions for a variety of different sectors (e.g .government, finance, age related) using different verification techniques spanning data validation to document selfie verification. Key to ID trust is mitigating against ID theft, and Nick also has expert knowledge in fraud detection and prevention tools.
Nick was also director of a company providing global solutions within the broader Criminal Justice arena. Here he architected the Scottish Intelligence Database: the only cross force intelligence sharing and matching solution in the UK. He also exported best of breed UK crime management systems to Australia and the US. Nick has also worked for IBM in the healthcare and utilities sector, and began his career as a mainframe systems analyst with a large UK brewer and pub company. He has a degree in Computer Science.
Nick has three children and is into amateur dramatics in his spare time. In the last 12 months he has played one of the title roles and Beauty and the Beast (we’ll allow you to guess which one), along with an embittered ex-solider in Road.