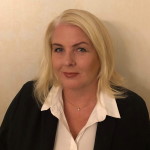 Marianne Henriksen has a law degree from University of Oslo. Currently she is working on modernizing the Norwegian National Population Registry, as a Program Manager. Past experience involves fighting fraud against the National Welfare Administration, organized and serious crime. Her background has been relevant and given her motivation, to look for sustainable and new solutions to cope with the challanges of identity questions over the last 15 years.
The National Population Registry issue identity numbers to both residents and people with a temporary connection to Norway. The ID-number is used as an identifier, both by service providers and public authorities. In a digital society both the number itself and the personal information connected to the number, has become of great value to the society.
Marianne has been involved in the legislative work on the new Population Registry Act in Norway. This legal framework makes it possible to establish an unique identity in Norway, that is build on both biometrics and the information in the Registry. Marianne is currently involved in developing a vision of an holistic national ID-management in Norway. This includes the importance of people being able to achieve their rights and benefits in a digital world, as well as being able to fulfil their duties and to be able to protect themselves against ID-fraud.