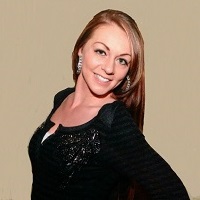 Mindy Stephens is the Manager of Identity Management at AAMVA. Mindy has over 15 years of industry experience and has worked at AAMVA since 2014. Prior to her role in Identity Management, Mindy worked as a Lead Business Analyst in AAMVA’s Driver Systems department where she supported several different IT systems and Subcommittees. In her current role, Mindy manages and actively participates in efforts that support identity proofing and vetting practices, physical and mobile credentials, and biometrics.
Prior to AAMVA, Mindy worked for the Utah Driver License Division for 9 years. Mindy held several positions during her time with Utah, but most notably played an instrumental role in their system modernization project that began in 2007.