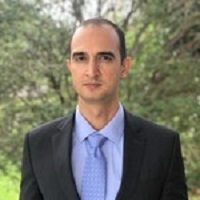 Giordanni Sousa e Paiva graduated in Computer Science from the Catholic University of Brasília. He has a specialization in Oriented Systems from the same institution. He joined Serpro in 2002 as a development analyst at Siafi, responsible for the External Debt modules. From 2006 onwards, he developed projects for the definition and implementation of support technologies. Between 2010 and 2016, he coordinated the project to modify Serpro's development tools life park, which resulted in the implementation of a single application cycle management solution in all development, business and customers. In 2017, he created the competence center in cognitive computing with a focus on Generation knowledge and developing intelligent systems using artificial intelligence techniques. He then coordinated the development of solutions for facial recognition, digital biometrics, computer vision and natural language processing. In March 2019, he became the Head of Analytical Solutions and Artificial Intelligence.