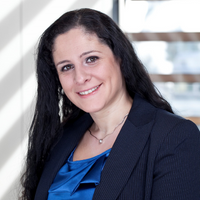 As GlobalPlatform Executive Director, Ana is responsible for driving awareness and accelerating adoption of GlobalPlatform’s specifications globally. She also oversees the organizations strategy, marketing and business development within key vertical sectors. Before joining GlobalPlatform, Ana was the EVP and Head of North America for GSMA, responsible for driving global initiatives such as eSIM, Spectrum, networks (5G, 4G), IoT, RCS, identity and gender diversity. Prior to this role, she led the GSMA global efforts on IoT across different industry verticals. Ana’s career prior to GSMA is focused on strategy, having held positions at BCG, Deloitte Consulting and Accenture. She began her career in private banking at Merrill Lynch in the area of investments in new technologies. Ana is also a proud Board member of the Global Telecoms Women Network where she drives initiatives that promote gender diversity in tech sectors.