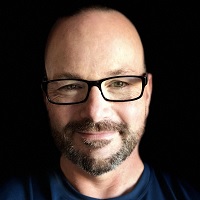 Lee is an optimist. He believes in a bright future and our ability to build it together through connection and compassion. Heworks with governments, education systems, international agencies and corporations to help people and organisations connect to their highest purpose and realise their wish for the future.

Lee believes in creating balance in the reality of a digital present and future. As such, living in Japan, he studies Buddhism as a member of Tao Sangha Wada Ji Temple, as well as Aikido, and the Shakuhachi, a traditional Japanese bamboo flute.

Joyful curiosity is the foundation of his approach to creating vital learning environments for groups around the world through the two organisations he as founded, the Global Digital Citizen Foundation, and Wabisabi Learning.

His several best-selling books including Growing Global Digital Citizens, Mindful Assessment and Future-Focused Learning, have garnered many awards and are used in schools and universities around the world.