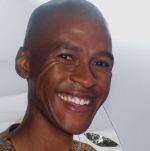 Thabo Makenete’s academic background is in Electrical Engineering (Light Current) where he focused mainly on Digital and Communication Systems. Following my studies, he has worked for Sentech for a period of 5.5 years as a Broadcasting Technician. Here he was responsible for rolling out Radio and TV networks throughout the country. He was also the lead responsible for Radio Data Systems (for displaying radio station information on car and home radios), which I managed for all FM radio stations in the country. He was also responsible of researching ways of converging radio with telecommunications networks.

After leaving Sentech, He branched out on my own as an Independent Consultant in the ICT space, consulting on enterprise IT systems and software development. As a consultant, he also did mobile applications development on Java platforms for feature phones and development of web applications.

In 2007, he joined USAASA (Universal Service and Access Agency of South Africa) as a Broadcasting Manager. This later changed to USAF and Broadcasting. In his role at USAASA, he is responsible for developing strategies and initiating projects for the rollout of ICT infrastructure in all underserviced areas of the country. He developed the Rapid Deployment Project, which saw USAASA partnering with Private Sector to rapidly rollout ICT centres in schools and underserviced communities. He also developed the strategy for broadband infrastructure in rural areas, with the first project currently underway with MTN to extend their 3G coverage to rural municipalities. In the broadcasting area, he is the project lead in the Broadcasting Digital Migration project, where USAASA will be disbursing Set-Top Box subsidies to needy households.