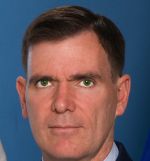 Prior to DARPA, Mr. Burnside Clapp was the President of Embassy Aerospace where he designed high-power direct current systems to replace existing aircraft components at lower weight and improved safety. He also conducted electric automobile design and optimization as well as rocket propulsion and space mission analysis. From 2003-2011, Mr. Burnside Clapp served as an Air Force Reserve Instructor at the United States Air Force Test Pilot School where he was responsible for instruction in flying qualities and aerospace vehicle design courses. From 2004-2007, he was the Chief Technologist at Astrovision Australia Ltd responsible for the design and architecture of geostationary satellite systems for high temporal resolution. From 1996-2004, he was the founder and CEO of Pioneer Rocketplane/Rocketplane Limited, a company focused on the development of horizontal takeoff and landing space transport vehicles.