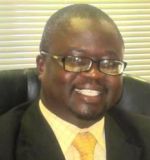 Antony (known in most social and professional circles simply as Tony) worked over 16 years in the Banking Sector in Zimbabwe in various senior executive positions specialising mainly in Corporate Banking and Information Technology portfolios.  He served with distinction, in all the three banks that he worked for and took an active part in in most of their computerisation projects. He also worked for five years as Commercial Director in TelOne where he not only played a key role in the formulation and implementation of corporate strategy but also championed implementation of most of the commercial deals that the company structured to raise foreign currency for network deployment. In addition he was a key member of the team that was managing implementation of the billing and network projects. For the past twelve months Antony was a turnaround consultant for a company in the ICT Sector.
Tony is a holder of a BSc Economics Degree and an MBA both from the University of Zimbabwe, An Advanced Banking Diploma from the Bankers Institute, an Advanced Lending Diploma from the Damelin School of Banking in South Africa, a Money and Capital Markets qualification and an International Investment Advice Certificate from the UK Securities Institute.
An active Rotarian and a keen golfer, Tony is the Immediate Past President of the Rotary Club of Msasa. He is married to Martha with whom they have a daughter Nicole (20) and Craig (17).
At CRASA he hopes to work very closely with the Team, the Cooperating Partners and the Principals to take the organisation to another level. Tony, a strong proponent of African and Regional Unity is eager to follow through all the on-going projects as well as revive and ensure completion of the several aborted ICT and Postal Projects in the Region.  Tony is a focused team player who does not believe in starting what he cannot finish.