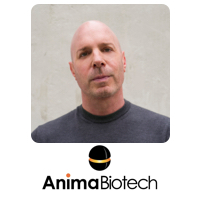 Yochi Slonim is a serial entrepreneur with a track record of over 30 years in software and biotech.
As a Co-founder and CEO, he is driving the company's vision and strategy, fundraising, and partnering.
Prior to Anima, Yochi has built several companies from their early stage, through all stages of product development, marketing, and sales and eventually turned them into successful large exits.
He was a co-founder of Mercury Interactive. As CTO and VP R&D from the company's early days, he created product vision and strategy and led a multi-product organization of 200 developers. After going public and reaching revenues of over $1B annually, Mercury was acquired by HP for $4.5B.
As Senior VP of products and marketing for Tecnomatix, a public NASDAQ company, he led a 500 people organization of 4 divisions that generated revenues of $100m until the company was acquired by UGS for $230m.
In 2000, Yochi was founder and CEO of Identify. The company reached revenues of $50m in less than 5 years and was acquired by BMC in 2006 for $150m in cash.
Yochi founded ffwd.me, a unique startup acceleration program where he led a team that worked with over 25 startups in diverse areas and technologies, developing strategy, products and go to market operations while raising multiple rounds of financing from VCs and private investors.

As one of Israel's leading speakers on the subject of startup positioning and company building, several of Yochi's approachable and amusing lectures can be found on Youtube ("Youtube Yochi Slonim").