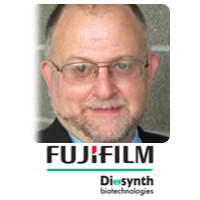 Steven Pincus is the Head of Science and Innovation for FUJIFILM Diosynth Biotechnologies Texas (FDBT). His is responsible for the evaluation of new technologies for Advanced Viral Therapies and establishing and maintaining collaborations to foster innovation and development of training programs for qualified candidates for employment at FDBT. Prior to this role Steve served as Associate VP Virology and Analytical Development where he established and lead teams responsible for establishing, developing and qualifying methods to support Advanced viral therapy programs.

Steven obtained his B.S. and Ph.D.in Biochemistry from the State University of NY at Buffalo. His Ph.D. thesis project involved studies on the mechanism of Adenovirus DNA replication and he gained experience growing and purifying multiple Adenovirus serotypes.

He obtained his post-doctoral training in the microbiology department at the State University of NY at Stony Brook under an NIH Fellowship studying inhibitors of picornavirus replication under an NIH Postdoctoral Fellowship during which he developed adenovirus recombinants containing poliovirus proteins and gained experience in the growth and purification of Poliovirus and growth of other picornaviruses. He then joined Virogenetics where he was Senior Scientist and Platform Leader in Molecular Biology and Microbiology.

At Virogenetics he was involved in the development of highly attenuated poxvirus vaccine vectors (NYVAC, ALVAC, TROVAC) and developed vaccine candidates for Measles virus, Flaviviruses (JEV, Dengue, Yellow Fever), Human Cytomegalovirus and therapeutic vaccines against several cancers along with assays necessary for releasing clinical lots. At Elusys Therapeutics he was Senior Director Virology and Animal Biology and received a $1.6 million NIH grant funding to investigate the use of the Elusys antibody heteroplymer technology as a therapeutic for vaccinia vaccination complications and also examined the use of the technology as a therapeutic for West Nile virus infection..

He developed animal models and release assays for heteropolymer clinical trials and supported the development of an anthrax anti-toxin monoclonal that is funded by the Office of Biomedical Advanced research and Development Authority (BARDA). He then joined Novavax, Inc., a biotech focusing on the development of vaccines against Influenza and Respiratory Syncytial Virus (RSV), based on Virus-Like Particle (VLP) produced using a baculovirus expression system and insect cells. He was involved in demonstrating that reverse transcriptase activity in Sf9 insect cells was not due to a replicating retrovirus. He was responsible for analytical development, quality control and quality assurance, and recombinant baculovirus production. He was a key member of the team that secured a contract award valued at up to $179 million by the Office of Biomedical Advanced Research and Development Authority (BARDA) for the advanced clinical and manufacturing development of recombinant vaccines for the prevention of seasonal and pandemic influenza.

Steve has consulted for several companies in the areas of assay development, transfer, qualification and validation for monoclonal antibody and vaccine projects using VLP and virus vector platforms.