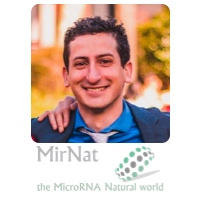 His high education has been at the University of Rome Tor Vergata where he obtained in 2010 the bachelor’s degree of Biotechnology, and in 2012 the master’s degree in bioinformatics. During his thesis he collaborated with the Proxagen Ltd – Sofia, Bulgaria – to develop a software for the prediction of continuous and discontinuous B-cell epitopes.
In January 2017 SP obtained a PhD degree in Cellular and Molecular Biology at the University of Rome Tor Vergata. He developed new methods for the characterization of cell populations starting from mass cytometry (CyTOF) data. Moreover, he studied the stratification of cancer patients, using community discovery approaches.
In February 2017, SP became a Postdoctoral Research Assistant at the Barts Cancer Institute of London where he worked on the early detection of breast and pancreatic cancer from liquid biopsies.
He is currently a Postdoctoral Research Fellow at the UCL Cancer Institute, developing a bioinformatics methods for early prognosis of prostate cancer, from plasma samples.

In 2012, Stefano Pirro founded the MirNat company, first becoming the director of Bioinformatics section, then Director of the Scientific Board. He is involved in research activity on the bioinformatics prediction of plant miRNA with a putative role in cross-kingdom regulation and the underlying molecular mechanisms.