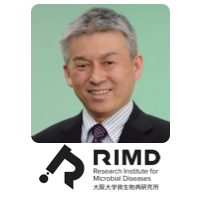 Masa (Masahiro KINO-OKA) is one of leaders in the field of manufacturing for cell and tissue products; individuals who seem able to contribute to the standardization of the cell processing facility and bioreactor. His current research interests are “Bioprocess engineering” to establish the cell and tissue manufacturing system including the fields of “Bioreaction Engineering”, “Bioprocess design”, and “Stem Cell Engineering”.

After returning Japan (1997), he promoted twice in his five-year tenure (Assistant Professor, Department of Chemical Engineering, Osaka University (2000), Associate Professor, Department of Chemical Engineering, Osaka University (2003), and finally three years ago (2009) he earned a current position of Professor in Biotechnology, Osaka University. Prior to Department of Biotechnology, Kino-oka had many experiences for bioreactor and process designs for human cell culture toward clinical application. Now he starts new projects for manufacturing including facility design of cell and tissue processing (Development of cell manufacturing and processing system for industrialization of regenerative medicine by Japan Agency for Medical Research and Development (AMED) (2014.4-2019.3)) for development of guidance for cell and tissue processing (good cell and tissue practice, GCTP). To develop the facility, he has joined to ISO to be international member in ISO TC198 / WG9 for aseptic processing as well as ISO TC276 / WG4 for bioprocessing. In addition, he becomes board of directors of the Japanese Society for Regenerative Medicine (JSRM) and Health Science Council member in Minister of Health Labor and Welfare (MHLW), collaborating with regulatory site of Japanese FDA (PMDA) to establish guideline for aseptic cell processing.