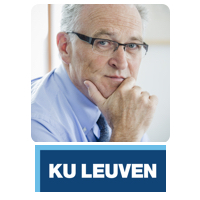 After his Residency training in Internal Medicine (1980-1983) and Rheumatology (1983-1986), he spent considerable time in basic science, a postdoctoral training in cell and developmental biology of the skeleton with specific attention for the role of the Bone Morphogenetic Proteins (BMP) under the mentorship of AH Reddi at the National Institute of Dental Research (now NIDCR), National Institutes of Health (NIH) in Bethesda, USA, between 1986  and 1991.
He became in 1992 Group Leader  at the NIDR, NIH, Bethesda, MD, USA  (Developmental Biology Unit, Bone Research Branch). During this period (1992-1997), he made significant contributions with seminal discoveries such as the Cartilage Derived Morphogenetic proteins 1,2,3 (CDMPs), now called GDF5/6/7, novel members of the BMP family (J Biol Chem 1994 CI:313) and Frzb, the first Wnt antagonist (J Biol Chem 1996 CI:182; Cell 1997 CI:388; PNAS 1997 CI:165). He was  successful in investigating the role of CDMPs in the “human model”, by the identification of the human skeletal phenotypes associated with mutations in CDMP1/GDF5 reported in several highly cited papers in Nature Genetics (1996, CI:303; 1997, CI 227).
At the peak of this successful research phase, he decided to take on the next challenge, i.e. moving these findings closer to the patient, a translational research effort from bench to bedside, by accepting the position of Head of the Division of Rheumatology at the University Hospitals KU Leuven, Belgium. The grand plan was to establish a modern Rheumatology department with a highly integrated team of basic scientists, translational and clinical researchers. To achieve this, he established the Skeletal Biology and Engineering research Center by incorporating clinical rheumatology with research units in developmental and stem cell  biology and genetics, tissue homeostasis and disease, skeletal biology and physiology as well as mechanobiology and tissue engineering. The SBE Research center (http://gbiomed.kuleuven.be/english/research/50000640/sberc) evolved into an internationally well recognized center of musculoskeletal research obtaining the EULAR recognition in 2017-2021 as a Center of Excellence.
He  build on Leadership in Regenerative Medicine and Tissue Engineering. To do so, he co-founded and became Director of an interdisciplinary platform for Skeletal Tissue Engineering, called Prometheus (http://www.kuleuven.be/prometheus), to foster close interactions between biologists, engineers and clinicians resulting in joint publications and novel engineering approaches.
Moreover, he can claim to belong to the few people that can bridge the gap between bench and bedside and make the transition to biotech and product development successfully. As co-founder of TiGenix, together with his business partner Gil Beyen, they guided the company through several capital increases to a successful IPO in 2009 (TIG, Euronext Brussels and NASDAQ). More importantly, this effort led to the development and central registration at the European Medicines Agency (www.europe.ema.eu) of the first ATMP-cellular product, ChondroCelect™ for the repair of damaged joint surface defects. In doing this, he made critical contributions to the development of the regulatory path for Advanced Therapeutic Medicinal Products (ATMP) in Europe, as no regulatory frame existed at the start of this endeavor. Taken together, I believe he has demonstrated that I can move boundaries, and capable of mobilizing substantial resources, both human and financial, towards the goals set and finish “the job”. The company was acquired in 2018 by Takeda.

He further obtained in 2012 a prestigious ERC advanced grant for REJOIND. This substantial financial support served to build the scientific basis for my next goal i.e. manufacturing of a biological joint.).

He has recently been appointed as a member of the Scientific Board and Medical/Scientific Director of REGMED-XB (https://www.regmedxb.com), an ambitious across border initiative started in the Netherlands and Flanders joining, focusing on the development and industrialization of the field of regenerative medicine.

He is principal inventor of a number of granted patents/patent families and recently submitted/filed as principal inventor/co-inventor  patents related  to  media formulations for the generation of cell based products for bone tissue engineering, and methods to successfully heal large bone defects.
Prof. Luyten was member of the Board of Directors of PharmaCell, Maastricht, Netherlands, a privately owned CMO in cell based advanced medicinal products, and medical and Scientific Advisor of a number of Biotech and Pharma Companies.  Prof. Luyten was also appointed as a member of the European Commission's Scientific Panel for Health (SPH).

a.TowardsQuantitative-biology mechanistic CQAs to prevent failure of late stage developmentb. From ‘potency assays’ to ‘design spaces’ through ‘CQAs’c.When do we have enough quality and predictive data to assess product potency and effectiveness?d. From ‘black box’ to ‘how much is enough’?e. Realtime evaluation of release criteria?
Sakis Mantalaris, Professor, Biomedical Systems Engineering Laboratory, Georgia Institute of Technology 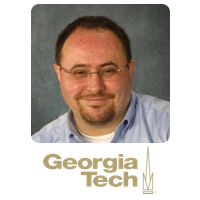 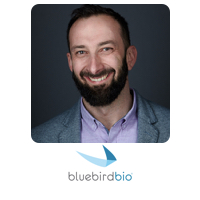 Ilya Shestopalov, PhD currently leads the cell analytics group within cellular process development at bluebird bio.  His research focuses on development of cell-based assays for hematopoietic stem/progenitor and CAR-T products.  Prior to bluebird bio, Dr. Shestopalov was a postdoctoral fellow in...

Towards affordable and sustainable ATMP costs

a. Why do these therapies cost so much?b. Costs for continuous manufacturing?c.Patient vs profit margind. Sustainability and willingness to paye. Regulatory perspectives
Frank Luyten, Director, Katholeieke Universiteit Leuven