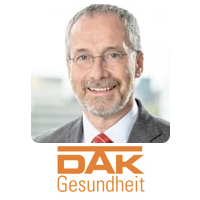 Since January 2017 Dr. Detlev Parow is Head of the Department of Medicines, Therapeutic Appliances and Remedies at DAK-Gesundheit in Hamburg. From 2010 to 2016 he was responsible for Care Management Development at DAK-G. From 2002 to 2009, he worked for Hamburg Münchener, initially leading the Medical Competence Center, later the Department of Care Management. From 1999 to 2002, he headed the medical advisory service of ProCOMED/4sigma GmbH in Hamburg and Oberhaching near Munich. After completing his medical studies in 1981, he worked until 1999 as an anesthesiologist in various hospitals in Hamburg. From 1982 to 1983 he worked in Liberia and Burkina Faso as a scientific researcher for the Bernhard-Nocht-Institute for Tropical Medicine, Hamburg, in collaboration with the WHO. Dr. Parow is a freelance lecturer at the University of Hamburg.