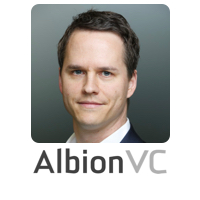 Christoph focuses on investments in life sciences and digital health. He initially practised as a radiologist, before spending 3 years at Bain & Company. In 2006, he joined 3i working for their Healthcare Venture Capital after which he worked for General Electric's healthcare division, where he was responsible for M&A in the medical technology and healthcare IT sectors. He holds a degree in medicine from Ludwig-Maximilians University, Munich and an MBA from INSEAD.