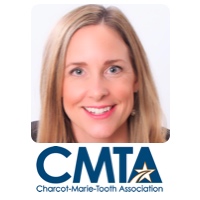 How the role of patient organizations is changing in the drug development process A case study from the Charcot-Marie-Tooth Association in acceAmy J Gray is the CEO of the Charcot-Marie-Tooth Association. Since taking over as CEO in May of 2017, the CMTA has grown substantially under Amy’s leadership. She has worked closely with the board of directors and key stakeholders to establish aggressive fundraising efforts to support new research initiatives and community programs. Under her leadership, the organization has expanded its Strategy to Accelerate Research and Center of Excellence Network, launched Patients as Partners in Research, gone through a rebranding effort and the launch of a new website. In addition, the Foundation earned a 4-star charity rating from Charity Navigator and a Platinum Seal of Transparency from GuideStar.

Amy plays an important role both nationally and internationally advocating for the CMT community. She serves as the appointed CMT patient advocacy leader on the NIH’s Rare Disease Consortium Research Network steering committee, and she is a committee member of TREAT-Neuromuscular Disease International Consortium. In addition, she speaks at conferences such as Global Genes, the World Orphan Drug Conference and Launch Bio on the CMTA’s Strategy to Accelerate Research and the importance of patient engagement in the drug development process.

Before joining the CMTA, Amy was the senior vice president of constituent and community relations for the Parkinson’s Foundation. She has also served in executive roles at the Crohn’s & Colitis Foundation of America and the Muscular Dystrophy Association.