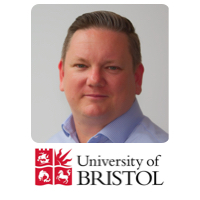 Adam Perriman is a Professor of Bioengineering at the School of Cellular and Molecular Medicine, University of Bristol. He is internationally distinguished for his pioneering research on the construction and study of novel synthetic biomolecular systems, and his research interests span the fields of chemistry, biophysics and cell therapies. His contributions to this field of interdisciplinary science led to him being named a Wellcome Trust Frontiers Innovator in 2015, and in 2016, he was awarded the prestigious British Biophysical Society Young Investigator's Award and Medal. In 2019, he was named a UK Research and Innovation Future Leaders Fellow. In 2018, he successfully spun-out the cell therapy technology company CytoSeek, which is supported by investment from venture capitalists, angel investors and Innovate UK.